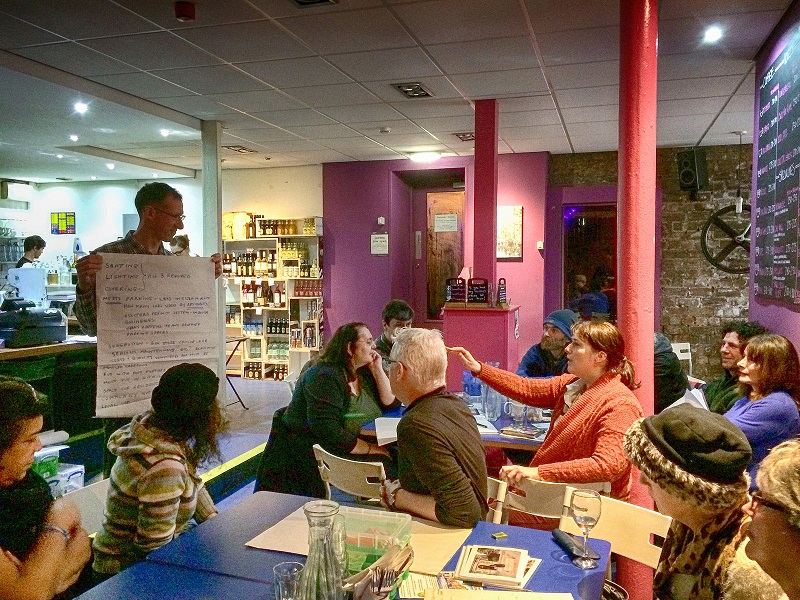 When I first heard of the Scottish Government’s proposed research into barriers to engagement in planning – linked to the ongoing review of the planning system – I expected the barriers would relate to access to information, too much jargon, and outmoded communications channels like statutory notices.

How wrong I was! As part of the team with Yellow Book and the Scottish Community Development Centre appointed to do the research, I quickly discovered that these and similar points – important though they are – are really second-order issues.

The research revealed that of far more importance to people in local communities who engage with planning is something far more fundamental: a lack of trust.

What the research found

In an online research survey with over 1,600 responses, a staggering 86% of community/civil society respondents disagreed with the statement “there is mutual trust, respect and confidence between the players”. The proportion of professional respondents who disagreed, 83%, was scarcely any lower.

Trust of developers, trust of professionals, trust of local authorities – all appear to be in short supply. Maybe it’s symptomatic of the wider malaise afflicting governance and politics in these days of Brexit and Trump.  Whatever the cause: the clear message from the research was that, unless trust is (re-)built, fixing the second-order issues will be as effective as the proverbial finger in the dyke.

Will the planning reforms fix it?

A healthy crowd of BEFS members and other interested folk got together on 1 August to find out more about the research findings, and consider whether the engagement proposals outlined in the Scottish Government’s recent Position Statement on the Planning Review would overcome the barriers identified in the research.

There isn’t space here to go into the detail of the barriers research and its findings.  You can get the report online here or view a summary in the 1 August presentation here.

The question posed on 1 August was: will the proposals in the Scottish Government’s Position Statement on planning reform successfully overcome the barriers to engagement?

Firstly, what’s the purpose of engagement? (information, consultation or empowerment?) How much engagement should there be? Where should it end?

On these questions, the Position Statement suggests that the proposed new Local Place Plans should be consistent with Local Development Plans, that community and spatial planning should be aligned, that young people should be more involved, and that there should be consideration of how to shift from consultation to empowerment.

But what of other seldom-heard groups of society beyond young people? And how can we better link planning into the community empowerment and community planning agendas?

A second area of the research findings related to the complexity of planning, and the inevitability of tensions. On these issues, the Position Statement urges involving people earlier in the process and production of guidance on rights and responsibilities.

Will these be enough to restore trust? What about people who haven’t been involved earlier in the process (newcomers to an area, for example), especially with a ten yearly Local Development Plan review? And is guidance enough to ensure that everyone – professionals, developers and the public – behave responsibly?

Finally, in relation to the lack of trust and transparency that was identified in the research, the Position Statement proposes amendments to Pre Application Consultation, removal of applicants’ “free go” after a refusal or appeal dismissal, stronger enforcement and training for professionals.

All these proposals from the Position Statement are very important but, fundamentally, will they be enough to tackle the mistrust in our system that seems to be endemic?

We will have more clues on that when the final proposals are published later this year. My hope is that the government doesn’t rely on legislation to build trust; I believe it will need a much more concerted package of action and resources, as we learned from the importance of the ‘culture change’ proposals during the last round of reforms in 2006.

This blog was originally published on the BEFS blog on 17 August 2017. Thanks to BEFS for organising the event and inviting me to post on their blog.

Moffat’s on the move
real community planning in Lockerbie?