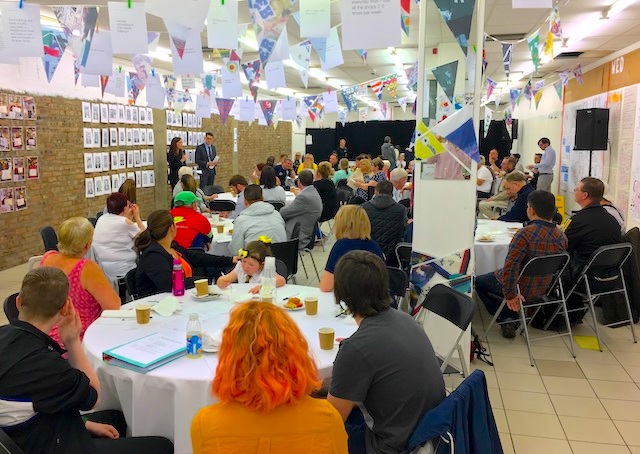 I’ve had the privilege of being involved in almost twenty charrettes in Scotland. And it really is a privilege, because on every occasion I gain a fascinating insight into local life and aspirations, and learn new things about community development, placemaking and making change happen on the ground.

Being a planner, I’ve long seen charrettes as being a way of working with a local community to produce a strategy or action plan for ‘their place’ – a package of specific proposals based on local aspirations and ideas, and supported by the expertise and experience of specialists like planners, designers and local authority officers.

I’ve also long been concerned about the challenges of then delivering that agreed package of proposals after the charrette.  The constant cuts in local government resources are of course well known.  Whilst local authorities have a vital role in delivering better places, many communities want to get on with things themselves too, not sit around waiting for the Council – three examples I’ve been involved with include a new path network in Crianlarich, a visitor marketing strategy in Moffat and public realm improvements on Haddington High Street.   To do that, they inevitably need resources, capacity and support.

And so we come back to the vital role of local authorities, perhaps not to lead these projects, but to lend them support so that the community itself can take the lead.  That support isn’t necessarily money.  It might be a letter of support for a funding application, agreement to use under-used Council land, or technical advice from experts within the local authority.

One other example of useful local authority support is the endorsement of charrette proposals. This excellent blog by Niall Murphy, published by BEFS, highlights this using the particular example of the Make Your Mark in Pollokshields (Glasgow) in early 2016.  The charrette was funded by the Scottish Government and supported by Glasgow City Council as the first community-led charrette in Scotland’s largest city, and was undertaken to a high standard with good community engagement and a comprehensive package of placemaking proposals.

As Niall explains in his blog and in more detail in this submission to the Scottish Parliament, despite the local authority support for the charrette from the outset (and from local MSP Nicola Sturgeon), eighteen months later the local community is still awaiting adoption of the charrette outputs into planning policy.

The general point from this particular example is well summarised by Niall:

“Unfortunately, we are not unique. How to get community led charrettes adopted into policy by councils does seem to be the Achilles Heel of the process with the risk of thwarting community enthusiasm which could descend into cynicism and distrust – something sadly flagged up by the survey results for Barriers to Community Engagement in Planning [Scottish Government research] – thereby undermining the efforts of the Scottish Government towards Local Place Plans.”

Of course, there are many individual planners (within Glasgow City Council and across Scotland) who are working hard to do the right thing.

All of us should remember that any support we can give to communities to implement their aspirations is useful – not just money.  It might just be to read a charrette or other community engagement report, for example, and think how you can help the community to deliver their aspirations – which for me, working recently on a Pre Application Consultation which happened to be in Pollokshields, was as simple as making sure that the design team reflected the design aspirations for new development contained in the charrette report. A small but helpful step in the quest for effective community engagement. 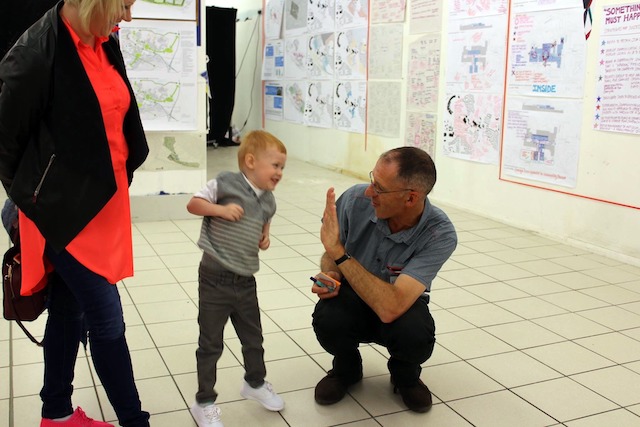