By Nick Wright on 24 November 2020 in community engagement, planning, projects 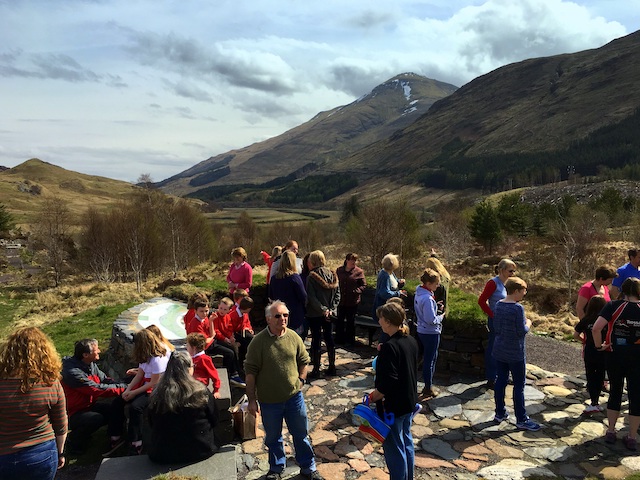 Communities sometimes ask: what’s the point of a community-led plan?  Why sit around talking about a plan?  Why not just get on with what needs to be done?

There are two answers to this.  The first answer is: how do you know what needs to be done if you haven’t done a Community Action Plan?  That’s because a really important part of Community Action Planning is asking the local community what’s important for them.  Without asking people, the community won’t know what’s dearest to people and what could have most impact on their community.

For example, some folk might say that improving the local play area should be the number one priority, others might say build a swimming pool.  Or different folk might say what’s needed are better health care, homes and jobs.  The truth is that there’s no way of knowing without some kind of survey or research – like a Facebook survey or simple interactive map, for example.

The second point of doing a Community Action Plan is because it helps to unlock money and support.  Whether for improvements to a park or something else, any project is likely to need a combination of:

If a project is a priority in your Community Action Plan, it’s more likely to get the support it needs to happen.

And with Local Place Plans on the horizon, there’s the opportunity for Community Action Plans (which have a lot in common with Local Place Plans) to influence land use planning policy and public sector service delivery too.  That means that community-led planning is an opportunity not just to progress the community projects, but also to influence public services and future development of land and buildings

Let’s give some real examples – real success stories that other communities have achieved through Community Action Plans that I’ve been involved with over the last few years:

The local community did their Community Action Plan a while back now, in 2011.  Some of the projects in the Plan were things that the community could do themselves, like painting fences to smarten up the village.  Others relied on the goodwill of others like the Council and the National Park Authority.  The community took the attitude that they would simply get on with what they could do without waiting for others, whilst challenging others to step up to the mark.

It worked.  Within days of the Community Action Plan being published, the National Park committed £15,000 to refurbish the public toilets.  That might sound mundane, but they are an important reason for people to stop in the village whilst travelling between the Central Belt and the West Highlands.  A few months later the local authority agreed to give the community control of a prominent disused railway yard in the very heart of the village, offering a 10 year lease to the local Community Development Trust.  With local volunteers, the Trust quickly converted the yard into a visitor car park with picnic tables and attractive landscaping, encouraging visitors to stop and use the shop, cafe, bar and hotel.

One of the bigger projects in the Community Action Plan was to create a signposted path network around the village – another part of the Plan’s strategy of encouraging visitors to stop in the village (and spend money!).  Since much of the path network was on land owned by the Forestry Commission and it needed investment of over £100,000 to build new paths, the project took five years of hard work.  But the end result was a network of new signposted paths which give local residents an opportunity to have safe walks away from traffic, and give visitors another reason to stop or stay.  The success of the project also encouraged more local folk to get involved in the Community Council and the Development Trust.

Moffat might be a little bigger than Crianlarich, but the lessons are just as relevant.  Their Community Action Plan had lots of priorities: eleven ‘game-changers’ emerged through the community engagement process, as you can see in the plan.

One of the immediate successes of the Community Action Plan was to get the local authority, Dumfries and Galloway Council, to the table.  The local community had long been concerned that Moffat didn’t get much attention from the Council.  Whether this was perceived or genuine doesn’t matter: the point was that within days of publication of the Action Plan, senior Council managers had agreed to come to a “Town Summit” in Moffat to discuss how to work together to deliver what was in the Plan.  That was a big step forward for the community.

At the same time, specific projects highlighted in the Action Plan also began to move forward more quickly.  Within weeks, the Action Plan helped to secure funding to replace a worn-out play area in Burnside Park near the centre of town.

A couple of bigger projects also began to move forward: the Community Council secured major funding from Sustrans to redesign the High Street less traffic-dominated and more accessible and attractive for pedestrians (especially for older and disabled people).  And the idea of a Business Improvement District to support local businesses is being developed.

Both of these bigger projects are being taken forward jointly with the local authority, which is why the Town Summit was so important.

The final example is Johnstonebridge, between Moffat and Lockerbie – a tiny place that proves you don’t need to be a big community to make use of a Community Action Plan.

During the community engagement for the Action Plan, the community’s big concerns were the need to keep local services (school, healthcare and village hall), have things for young people to do, and for community organisations to work together.  When a local resident who was qualified as a youth leader saw the Community Action Plan’s recognition of how little there was for young people to do in the village, he offered to set up a youth club with local kids.

They jumped at the chance!  Inclusion of the idea in the Community Action Plan meant that the club could quickly get money to pay for a weekly rental in the village hall and buy equipment.  In a village of less than 400 people, having a weekly youth club attended by 30+kids with its own equipment and funds is a big deal.

You can see the Johnstonebridge Community Action Plan here.  It’s short and succinct, and worth a look to get you thinking about what a Community Action Plan for Kirkfieldbank might look like.  What I think is good about it is that it sets seemingly small actions, like restarting the youth club, as part of a bigger picture – retaining population, public services and quality of life. 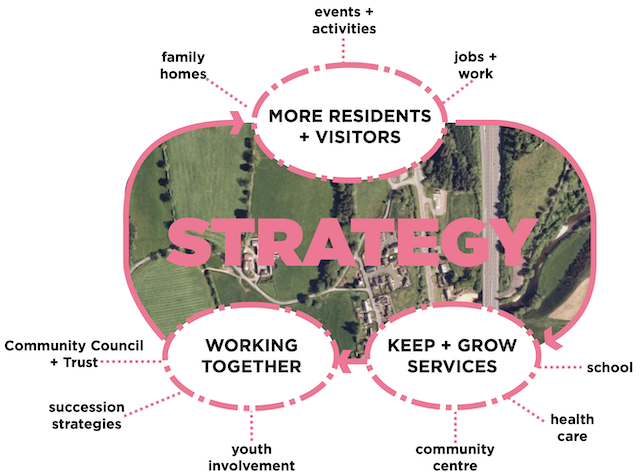