By Nick Wright on 9 February 2020 in community engagement, projects 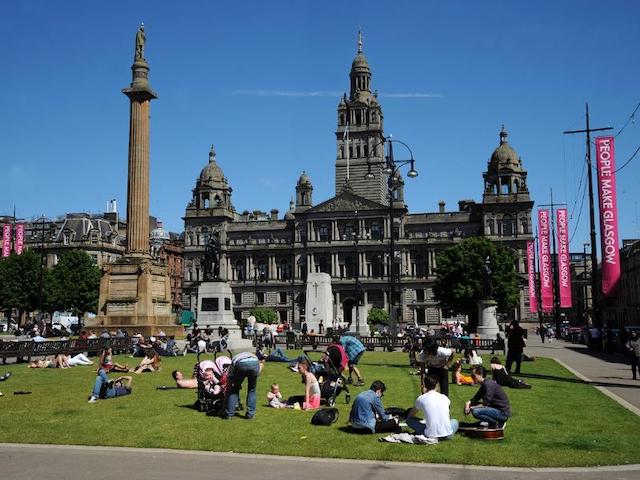 Towards the end of last year, Glasgow City Council decided to ask its citizens a simple question about George Square: is it time for a change?

Many will remember the international design competition for George Square held in 2012-13.  It promised a radical redesign of the most celebrated public space at the heart of Scotland’s biggest city – only to fall flat when the then Council Leader controversially cancelled the whole project.

Things then went quiet for a few years, perhaps understandably: anyone publicly resurrecting the idea of redesigning the Square would first have to face down the discontent that surrounded the 2013 controversy.

Luckily for Glasgow, the City Council hadn’t forgotten about the Square’s long term future.  Last year, somebody decided that the future of the Square was no longer the toxic topic it had been.  But they decided to do things differently this time round.

Starting with the people

To their great credit, the City Council decided not to go down the same path as in 2012 by inviting international designers to produce their visions for the Square.

Instead, they did something very simple. The Council decided to ask the public a straightforward question: George Square: is it time for change?

That might be a simple question, but how do you give Glasgow’s 650,000 citizens the chance to answer it? Plus all the other visitors, workers and other stakeholders who might have an interest in the future of George Square?

The City Council asked engagement specialists Icecream Architecture to lead a small team, including Willie Miller Urban Design and myself, to do that in September last year.  Our job was work out how to ask the simple question and get a clear and representative answer from the public.  And we had just two months to do it.

The aim was to give the City Council a clear indication of whether the public thought George Square was ok as it is, or whether it needed to change; and, if so, what that change might be.

I can’t think of better people to entrust a “citywide conversation” to than the imaginative team at Icecream Architecture.  Working closely with the Council’s City Centre Strategy team, we quickly worked out an engagement strategy which involved:

You can find out more detail about the methodology and activities by exploring george-square.com and reading this report of the process. Suffice to say, Icecream brought their usual mix of imagination, simplicity and energy to reach a significant number and range of people. 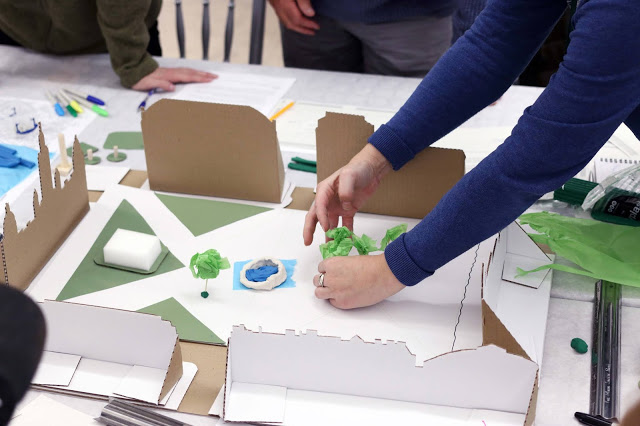 As you would expect, Glasgow responded enthusiastically. There’s lots of detail in the report, but the simple answer to the simple question was: Yes, it’s time for a change.

Having heard unequivocally that it is time for change on George Square, the next step is to act on that.

The first task was for City Councillors to consider the findings of the citywide conversation and decide how to move forward.  That happened on 28 January 2020, when the relevant City Council committee considered a Council officers’ report and recommendations on the citywide conversation.  As reported in the media, Councillors decided to progress with a redesign of the Square as recommended, including removal of traffic from two sides of the Square.

Having decided that it’s time for a change, the next question is: what will that change look like?

The answer is that nobody knows yet, because the citywide conversation wasn’t an attempt to redesign the Square – it aimed to find out whether the Square should be redesigned.

The redesign will need professional specialists – landscape architects and engineers at the very least. They will be appointed by the City Council and produce their design in response to a design brief.  For our part, we thought it was important to draw on the raw material generated by the citywide conversation, all those thousands of individual views about the future of the Square, to inform the design brief when it is prepared.

We looked at all the individual aspirations for the Square to identify the common themes, and thought carefully how to translate those into a framework for future change on the Square.  We wanted to keep that as simple as possible, so the essence of the public’s voice wouldn’t get lost. That led us to suggest 7 fundamental points:

(You can read these points in full in the final chapter of the report.)

For me, the most important point is that those involved in the redesign are guided by a clear statement of public ambition about how the space should be designed and managed in the future – those seven points.  Only then can the professionals create a central public space of which Glasgow can be proud.

A big thank you to every citizen who took the time to participate in the citywide conversation. 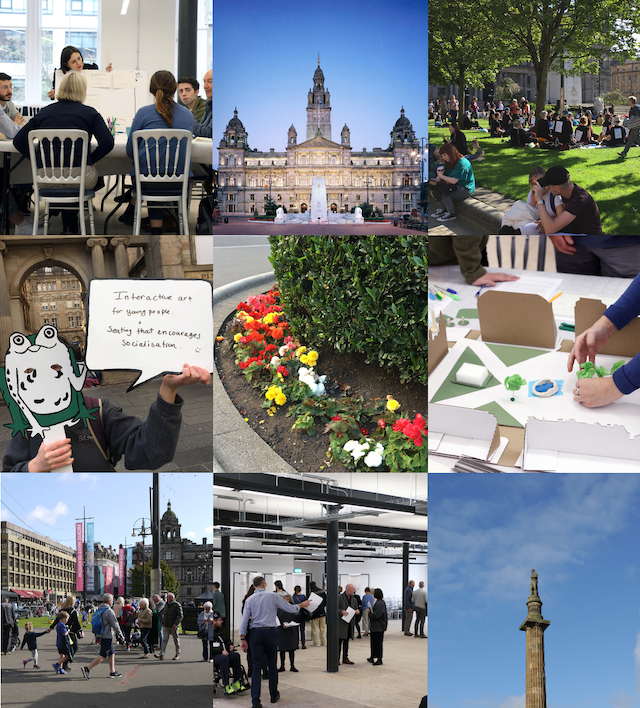 Local Place Plans | what are they?
If early engagement is such a great thing, why isn’t everyone doing it?