By Nick Wright on 4 February 2022 in projects

This, the last in a short series, was originally written for the Town Toolkit on behalf of Scotland’s Towns Partnership.  The Toolkit is full of real-life projects to learn from, including links to more information.  Check it out for other inspirational stories and a wealth of examples and resources for how to make your town the best it can be. Read on to be inspired by what Stromness is doing! 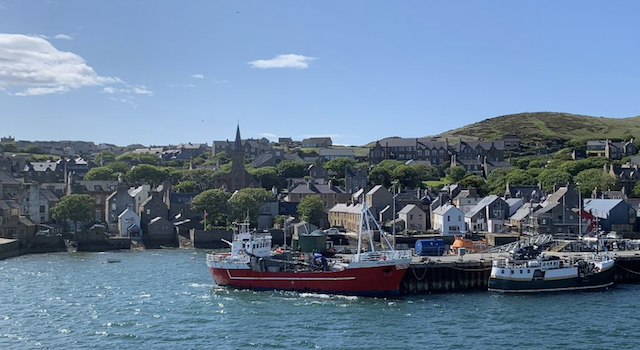 Over the last decade and more, Stromness has benefited from a concerted period of regeneration. The town centre’s unrivalled historic buildings and public realm have received substantial investment, replacing vacancy and dereliction with revitalised buildings, business spaces and a welcoming environment that is second to none.

New and upgraded harbour facilities have been created, including the new £10m Copland’s Dock which has opened up new industrial land. The town boasts international renewables research and higher education facilities, centred on the new Orkney Research and Innovation Campus. The primary school, care home, town centre supermarket, arts centre of international standing, and wonderful library and meeting spaces are all new, each being a major project in its own right. New artists’ studios have been created in the old library.

How has a small town of just over 2,000 residents, located far from the seats of national power on the edge of the North Atlantic, managed to achieve so much?

The answers…. Everyone pulling together, making the most of every opportunity that it can, and levering in resources from the public, private and third sectors across Scotland. An ambitious local community which isn’t afraid to muck in and make things happen, strong political will, and a committed local authority. And a clear plan with the objectives of modernising Stromness whilst maintaining its historical elegance, to bring in new capital investment and focus everyone’s efforts.

A great example of this is the 10 year multi-million pound THI and CARS investments secured from the Lottery and Historic Environment Scotland to restore and modernise the historic town centre. Working with local landowners and organisations, these schemes restored 50 vacant or dilapidated historic buildings, improving shops, creating new business spaces, and revitalising the town’s unique streets and spaces. The project was the worthy winner of the SURF Town Centre Regeneration Award 2013; page 4 of that document explains why.

The cornerstone of all the investments and projects over the last decade or so was the Stromness Urban Design Framework published in 2009. This collaboratively-produced town plan started the process of re-assessing the priorities for new development in Stromness. Critically, it established the overriding principle of ensuring that all new developments should be sensitive to the local context, well-designed and of an appropriate quality to ensure that it is a long term asset to Stromness – a principle which the local authority and partners worked hard to turn into reality.

That co-ordinated, forward-thinking approach was one reason why ‘Team Stromness’ has scooped multiple planning awards in Scotland and the UK, including the People’s Award and Overall Winner in the 2017 Scottish Awards for Quality in Planning and the Royal Town Planning Institute’s prestigious Silver Jubilee Cup in 2018.

Stromness may have remarkable historic character, but it has never been a community that stands still. The town now faces new challenges and opportunities, from climate change to cruise ships. So, ten years on from the Urban Design Framework, the community and local authority decided to prepare a new plan: What’s next for Stromness?

The new plan was developed by exploring that very question with the local community in 2019, led collaboratively by the local authority, community council and community development trust. It maps out the community’s vision and action plan for the next 10 years of the town’s history – and it’s not short on ambition.

The aim for Stromness in 2030 is to be an established hub for world-beating zero-carbon energy technology, an international arts location and a quality tourist destination – whilst remaining a vibrant and active community with a unique heritage. Given the town’s record of success over the last decade, would you bet against them? 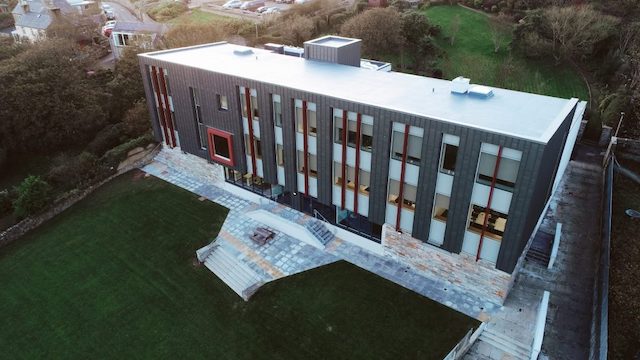 One of the big lessons from Stromness is that regeneration takes not only collaboration and commitment, but also time. It took over 10 years of hard work to deliver the transformation described above, and there’s more to do yet. But watch the video below, and you’ll see the results for Stromness’ timeless character…