By Nick Wright on 17 September 2014 in all posts, culture change, planning 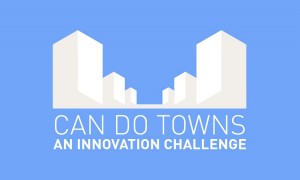 Recently I was at an interesting meeting with Iain Scott of Can Do Towns and Scotpreneur, civil servants from the Scottish Government’s regeneration & planning divisions and RTPI Scotland.

The subject of the discussion was how can planners and planning encourage entrepreneurial activity.

The contexts were, firstly, the undersung importance of small private and social enterprises to local economies and communities – particularly their role in revitalising town centres, as emphasised in the Fraser Town Centre Review, the proper title of which was Community and Enterprise in Scotland’s Town Centres.

And, secondly, the experience of dozens of local enterprises gathered through this year’s Scotland Can Do Innovation Challenge supported by the Scottish Government,  the Scottish Business Resilience Centre and Scotpreneur.  There was common agreement amongst the entrepreneurs that planning has a crucial role in enabling enterprise and entrepreneurs flourish but, generally, planners don’t ‘get’ entrepreneurial activity: how entrepreneurs need to constantly innovate, adapt and pilot…

Of course, the Scottish Government is trying to do various things to promote entrepreneurial activity in town centres, as explained in the Town Centre Action Plan published in November 2013 – including the Proactive Planning initiatives at the end of that Action Plan.

But, for me, what’s missing is helping planners (and others who have business contact such as economic development and environmental health staff) to understand what it’s like to be an entrepreneur.  Yes, we need to have more flexible planning policy, more collaborative working and all the other things mentioned in the Town Centre Action Plan.  But without planners and their colleagues truly understanding what private and social entrepreneurs really need to create jobs and activity, those initiatives will be far less effective than they could be.

The Scottish Government is working towards local demonstration projects for town centre regeneration.  I hope these will include bringing entrepreneurs and planners together so that they can understand each other.  Most of all, I hope this is done in such a way that entrepreneurs can inspire local authority officers, enabling them to appreciate just how much local enterprise can deliver for their community and local economy.  Linked with that should be some facilitation to bridge the gap in language and working behaviours, and to help both groups work out what they might do to support enterprise.

The reward is that we planners will not only ‘get’ entrepreneurial activity – we will be inspired to push harder to help it flourish.

Strategic Development Planning | making it interesting
where will all the turbines go?